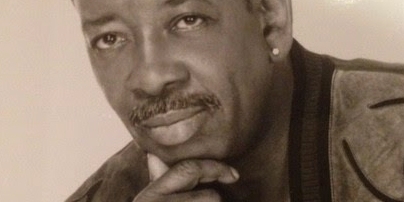 The world has lost another great Soul Legend and one of the baddest bass singers in the world; the incomparable Mr. Winfred “Blue” Lovett of the historical Grammy award winning R&B classic soul group, The Manhattans.

For over 50 years, Blue’s voice and incredible lyrics have embellished numerous musical tracks and his presence has graced stages around the world.  I personally will never forget August 13, 2009 when The Ultimate Persuaders invited me to help them pay homage to The Manhattans in Harlem, NY and I had the privilege of rendering Blue’s signature intro to “Kiss & Say Goodbye”. The highlight of that day was when I looked into Blue’s eyes as I sang his part and he erupted with laughter, shook my hand and said “You got it, you got it”.  What an honor.

His stage presence and unparalleled bass vocals will truly be missed in our daily lives but will live on forever within our hearts and souls through his music and some of the most beautiful lyrics ever penned by man. Rest on my Bass Brother……rest on. You student for life Maurice The Voice Watts

SoulTracks.com reports:
For a half century, Lovett’s songwriting and singing were integral parts of one of the most popular R&B groups in the world. His composition “Kiss and Say Goodbye,” introduced by his deep spoken word prologue, is still one of the most beloved soul songs ever. And while many fans knew of Lovett’s terrific vocal work, fewer knew of his impeccable songwriting instincts, often combining elements of love, loss and even infidelity into songs that moved the Manhattans to the A-List of vocal groups. Lovett’s death comes just a few days after the death of group co-founder Sonny Bivins, who maintained a version of the group in both good times and bad.

The Manhattans were formed in the early 60s in New Jersey as a quintet led by writer/bass vocalist Winfred “Blue” Lovett and emotive lead singer George Smith, along with Edward “Sonny” Bivins, Richard “Ricky” Taylor and Kenneth “Wally” Kelly, all of whom had just returned from service in the armed forces. The group was popular regionally and had minor national success on the strength of some solid recordings for Carnival Records (their version of the country tune “From Atlanta to Goodbye” was a gem) in the late 60s before gaining the attention of Columbia Records in 1970. Unfortunately, their Columbia signing coincided with the sudden illness of amazingly talented lead singer Smith. During a tour through North Carolina, the Manhattans came upon a college student with an amazing Sam Cooke-like voice. Recognizing the incredible talent of this 21 year old, the group invited Gerald Alston to join, and he became the lead singer who would bring stardom to the quintet, with the blessing of Smith, who sadly died just a few months later