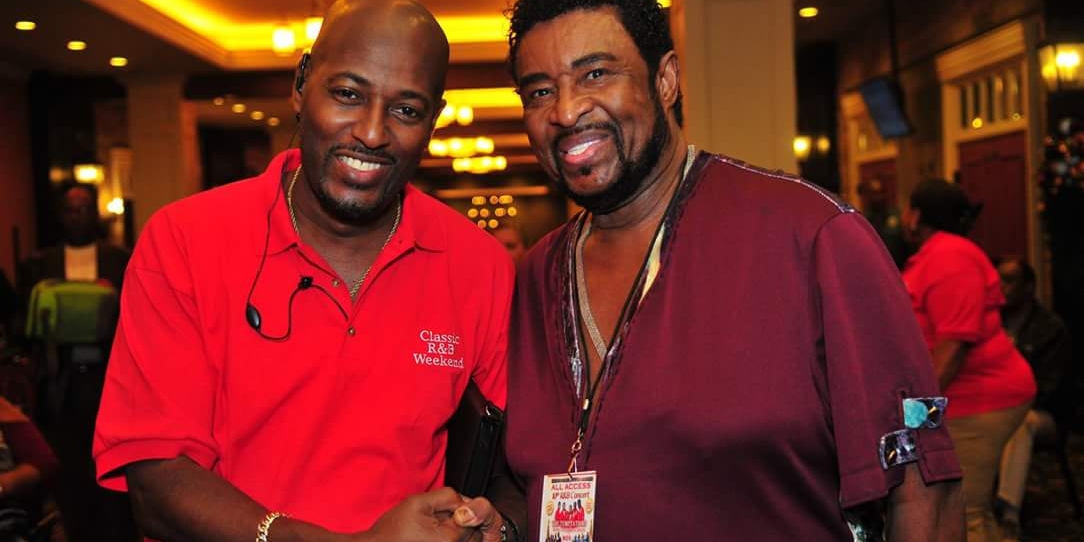 Mr. Edwards, who lived in Florissant with his wife, Brenda Edwards, was 74; he would have been 75 on Saturday (Feb. 3).

He died in a hospital in Chicago. He had been in and out of hospitals since a May 2017 diagnosis, Brenda Edwards said.

Although Mr. Edwards wasn’t an original singer with the classic Temptations lineup — David Ruffin, Melvin Franklin, Eddie Kendricks, Paul Williams and Otis Williams — he was the official sixth member. It was his rough-and-tough signature voice that helped guide the Temptations through its funk-psychedelic period on classic tunes such as “Cloud Nine,” “Ball of Confusion (That’s What the World is Today),” “Papa Was a Rollin’ Stone” and “I Can’t Get Next to You.” (“Cloud Nine” and “Papa Was a Rollin’ Stone” were both Grammy-winning songs.)

The Temptations received a Lifetime Achievement Grammy in 2013 that Edwards received along with Otis Williams and survivors of the departed group members. The Temptations were inducted into the Rock and Roll Hall of Fame in 1989.

Ronald Isley of the Isley Brothers, a longtime friend of Mr. Edwards, called him “one of the greats. He had a gift, a talent, and he really sang. There aren’t many people left with voices like his.”

The two met in 1965 when the Temptations and the Isley Brothers were working their way up in the music world, often performing shows together.

Mr. Edwards, Isley and Aretha Franklin performed “A Song for You” together in 2011 in Cleveland at the 16th Annual Music Masters tribute concert honoring Franklin. It was one of Isley’s last great memories with Mr. Edwards. “We had a ball,” he says. “(Franklin) asked about him every time I talked to her.”

Isley, who knew Mr. Edwards had been ailing, said “we prayed for him and hoped he would get himself together and be able to come back. But he’s with the Lord now.”

A number of other famous names paid tribute to Mr. Edwards, including the Rev. Jesse Jackson, Kenny Rogers, Roland Martin and the Pointer Sisters (Mr. Edwards was briefly married to Ruth Pointer in 1977).

Otis Williams commented as well with a Facebook post that read: “We learned today with great sadness of the passing of our brother, Dennis Edwards. He is now at peace, and our love and prayers go out to his family. At this moment and always, we acknowledge his extraordinary contribution to The Temptations legacy, which lives on in the music. Temptations, forever.”

Erika Thomas says her father was loving, full of life and positivity, and was always complimentary of St. Louis, the city he adopted during the 1980s when he moved here to be closer to his mother. In his later years, he was often seen at the Fox Theatre and Peabody Opera House when classic soul artists passed through.

“St. Louis is the best thing that ever happened to me,” Mr. Edwards told the Post-Dispatch in 2013. “I needed that peace in my life. And I’ve always been a semi-country boy.”

Mr. Edwards, born in Fairfield, Ala., in 1943, moved to Detroit as a young boy and eventually joined early Motown group the Contours in the 1960s. The Contours opened for the Temptations; Mr. Edwards joined in 1968 as a replacement for his friend David Ruffin.

He recounted the switch to the Post-Dispatch: “I had been hearing rumors about David and drugs and alcohol. One morning at 4 a.m. he knocked on my door. I said, ‘David it’s 4 o’clock.’ He said, ‘I’m leaving the Temptations, and they’re gonna ask you to replace me.’”

He said his time with the Temptations was amazing but also rocky. “I never imagined I’d be one of the last ones standing, me and Otis,” he said. “We really got caught up in the times, and how the heck did I make it? We dibbled and dabbled with alcohol and drugs. But it’s important for people to know if you change your lifestyle and wake up, there is hope. I had a mother who prayed for me, and prayer changes everything.”

Williams fired Mr. Edwards in 1977, but he was in and out of the group for years to come.

Through it all, he focused on a solo career, scoring a huge hit with “Don’t Look Any Further” featuring singer Siedah Garrett in 1984. The song received new life years later after rappers and singers heavily sampled its beat .

His solo career also included “(You’re My) Aphrodisiac” and “Try A Little Tenderness.”

While touring as Dennis Edwards & the Temptations, Mr. Edwards ran into legal problems with his former group mate Williams and changed the group name to the Temptations Review, which performed at the Ambassador in June 2016.

Survivors in addition to Mr. Edwards’ wife and his daughter are daughters Issa Pointer of Rhode Island, Maya Peacock of Ohio, and Denise Edwards and Alison Turner, both of St. Louis; son Bernard Hubbard of Indiana; and a host of grandchildren and other relatives.

Article Credited to Erin Heffernan and Denise Hollinshed of the St. Louis Post-Dispatch.