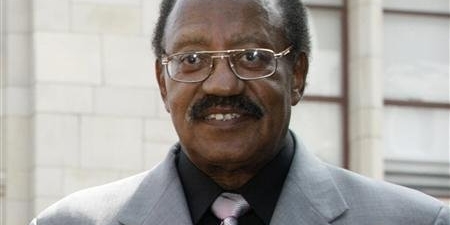 DETROIT (Reuters) – Singer Bobby Rogers, a founding member of the hit-making Motown group the Miracles along with Smokey Robinson, died on Sunday in suburban Detroit after a lengthy illness, family members and associates said. He was 73.

Rogers was a tenor in the original Motown lineup of the group that also included Robinson as the lead singer, bass vocalist Warren “Pete” Moore, baritone Ronnie White and the quintet’s lone female vocalist, Claudette Rogers.

Claudette Rogers, who became Claudette Robinson after marrying the group’s star in 1963 and left the group a year later, was Bobby Rogers’ first cousin. She and Smokey Robinson later divorced.

“My cousin, Robert ‘Bobby’ Rogers, who was like a brother to me, lost his battle and succumbed,” she said in a statement issued through the Detroit-based Motown Alumni Association.

“He had a sparkling personality that was loved by everyone,” she told the Detroit Free Press newspaper. “People always commented on the tall one with the glasses.”

Smokey Robinson, born hours apart from Rogers in the same Detroit hospital on February 19, 1940, saluted his former compatriot in his own statement, saying: “Another soldier in my life has fallen.”

“Bobby Rogers was my brother and a really good friend,” he said. “I am really going to miss him. I loved him very much.”

Billy Wilson, president of the Motown Alumni Association, said Rogers died at his home in Southfield, Michigan, a suburb of Detroit.

The Miracles grew out of an earlier quintet of high school performers called the Five Chimes that formed in the mid-1950s and changed its name to the Matadors after several roster changes capped by Claudette Rogers’ admission to the group.

Introduced to Motown founder Berry Gordy Jr., the group changed its name to the Miracles and became one of the first acts signed to his Tamla Records imprint and went on to record Motown’s first million-selling hit single, “Shop Around.”

The group, which later changed its name again to Smokey Robinson & the Miracles, ultimately released 30 singles that charted in the Top 40, including such Motown classics as “You’ve Really Got a Hold on Me,” “Going to a Go-Go,” “I Second That Emotion,” “Tears of a Clown” and “Tracks of My Tears.”

One of Rogers’ most notable vocal contributions with the group was his two-part harmony with Robinson on “You’ve Really Got a Hold on Me,” which was later covered by the Beatles. Rogers’ voice also is heard in the background of the Marvin Gaye track “What’s Going On,” uttering the phrase: “It’s just a groovy party, man, I can dig it.”

He shared songwriting credits with Robinson on a number of songs recorded by the Miracles, such as “Going to a Go-Go,” and other groups, including the Temptations hit “The Way You Do the Things You Do” and “First I Look at the Purse” by the Contours.

Rogers was inducted with other members of the Miracles into the Rock and Roll Hall of Fame in 2012, about 25 years after the controversial solo induction of Robinson.